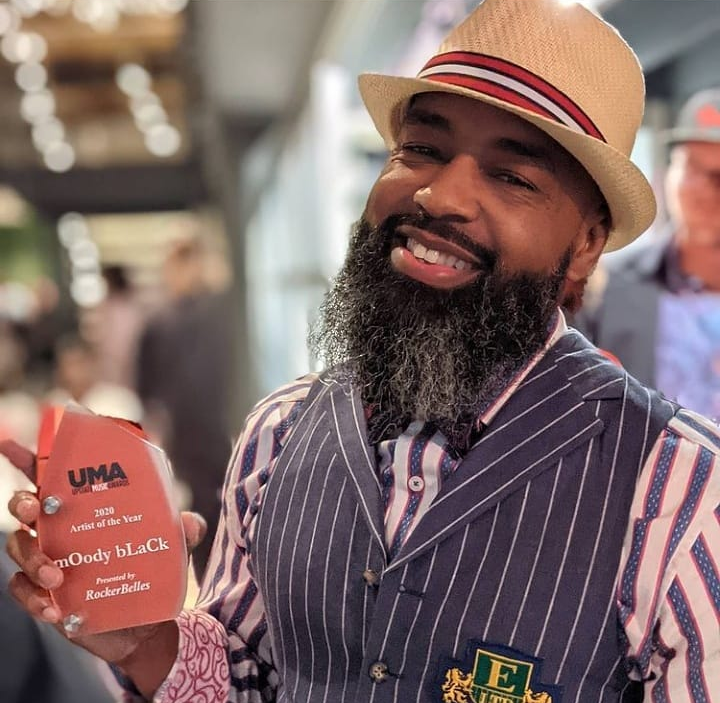 "Manifest" is a positive Hip-Hop project by mOody bLaCk that occupies a pivotal position in the current state music that has emerged to be a source of adding soul, testimony, and "speaking things into existence!" Manifest is an ongoing sense of hope in those who pine for a new school of southern intellectualism while making heads bop in the process. mOody bLaCk pays apt tribute to those who endure the challenges to accomplish dreams and goals throughout his opus while infusing tracks with an invigorating hybrid of cool Neo-Soul, R&B, Blues, and Hip-Hop. Manifest is a musical gift from a man who clearly acknowledges his flaws and recognizes that it takes hard work to accomplish your dreams. The entire album is produced mostly by Greenville SC's very own Mo Beats, and a handful of talented beat miners that verify they have more than enough musical acumen to go around. Fellow South Carolinian and Executive Producer, Demallo, provides raw backing vocals on "The Long Way." It's a relentless rhythmic cacophony in which deep bass and concussive drum kicks rattle the brain harder than a Mack truck, but gives light to mOody's personal journey. "Enjoy the Ride" brings the spirit of a summertime cook out and a great feeling of being alive to the forefront, featuring smooth R&B vocals by St. Louis' own Stephanie "Songbird" Ivy. On "Watch Me," mOody gets ill over an addictive track supplied by A-Major. Barryle Young's awe-inspiring vocal arrangements on "So Beautiful" make it the most beautiful hip-hop piece by a rapper to appear in years. The list is seemingly unending! It also features Brad Keaton, Sharhonda Williams, Kai Love, L.C. Branch, Pat Styles, A. Bonds, and Max Hightower. Also, there are humorous radio skits to add balance to the deepness of the album's subject matter.
Upon listening, one can tell that this record is certainly the product of much thought and work, but it's a labor of love. Right before our eyes, mOody bLaCk is laying the foundations for what he calls "manifest music" where he put together a collective that breathes positive, intelligent hip-hop-- a network of men and women who share a mutual respect and can address serious societal issues that plague us all without coming off as pedantic or absurd. In 2020, this is just about as good as Hip-Hop gets. "Manifest" is a good way to start your 2021!
Manifest was nominated Best Album, Best Video, Best Collaboration, Best Album Art Work, and Best Solo Artist by the Upstate SC Music Awards, and finalist for Best Collaboration and Artist of the Year!     WINNER FOR ARTIST OF THE YEAR
​


BUY THE ALBUM OR ANY OF THE SINGLES HERE: